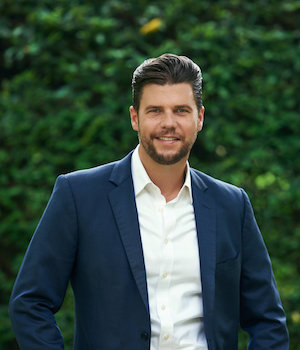 Todd began his career in public accounting for a local firm in Lexington, KY. During his 10-year experience, he managed one of the firm’s largest client primarily in the field of audit. His clients ranged from non-profits and municipalities, to gyms and restaurants.

After moving to the private sector, Todd held several Accounting and Finance roles for New York Life Insurance Company at the home office in New York, NY. He was ultimately promoted to Corporate Vice President and was responsible for the consolidation and reporting of over 180 legal entities. He also worked in the international investment arena for American International Group, where he was responsible for the investment reporting of over 75 countries.

Todd lives in Knoxville, TN with his fiancé Sara, Goldendoodle Charlotte and cat Cyrus. In his spare time, he enjoys music production and is an EDM enthusiast. He’s also an avid adventure cyclist.

Todd is a graduate of the University of Kentucky with a B.S. in Accounting and is a licensed CPA in the State of Kentucky.